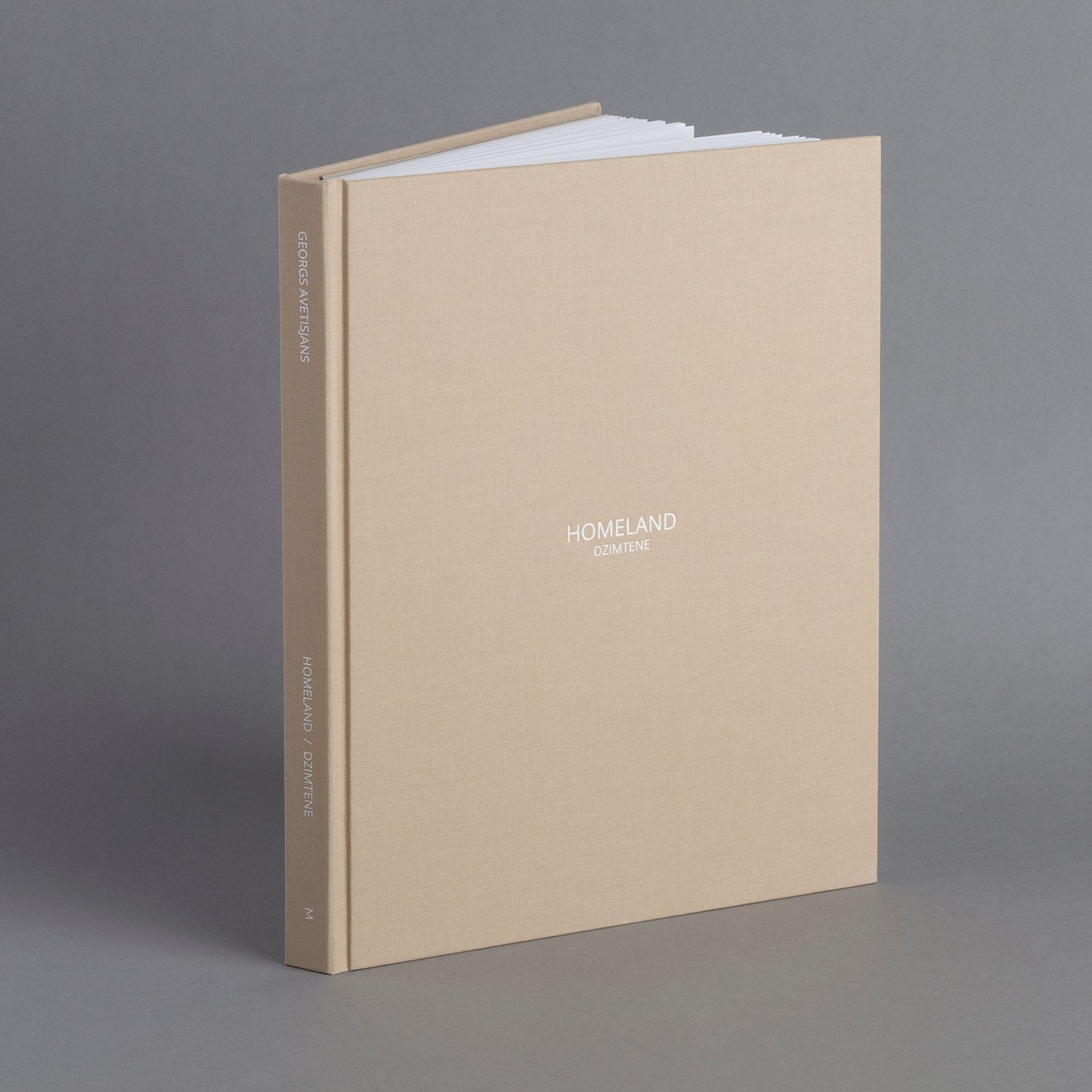 Georgs Avetisjans
Homeland. The Longest Village in the Country

'Homeland. The Longest Village in the Country' (2015-2018) is a multi-layered photographic narrative in a form of a photobook with cross-references like hyperlinks to additionally inserted stories connected to the subjects and landscape. The book is about the village where Georgs' Armenian-Greek father once had a dream to build a house for his family but unfortunately couldn’t finish it as he passed away when Georgs was only 6 months young.

The project explores the sea, the land and memories, how the time affects and changes our sense of a place at the same time serving a nostalgic representation of the village in Latvia - Kaltene and its recent history from World War II until the collapse of the Soviet Union in 1991 via interviews, notes, and archival imagery. As the Iron curtain fell, the local economy changed and upon joining the EU in 2004, it changed again. These historical shifts made a huge impact on society and its dreams, many of which the younger generations have abandoned.

The place is located between the forest and the sea about 100 km northwest of the capital Riga. In the latter half of the 19th century and early 20th century, it was the second most productive village in the country as 55 seagoing sailing ships were built there.

The book is in 2 languages - English and Latvian. Designed by Milda Books and supported by the State Culture Capital Foundation of Latvia, Roja County Municipality and Arctic Paper.

Georgs Avetisjans (b. 1985 in Latvia) has graduated from the University of Brighton (UK) in 2016 with an MA in Photography. He has lived in the USA and the UK for seven years and had several exhibitions in Latvia, Lithuania, Estonia, Italy, China, Netherlands, Austria, Slovenia, Slovakia, France, Denmark, Poland, Hungary, Sweden and the UK. Most recently nominated and selected for the Riga Photography Biennial Award 2019 Seeking the Latest in Photography, Poznań Photo Diploma Award 2019, 2nd Prize winner of “Different Worlds 2017” at the Photon – Centre for Contemporary Photography, which showcased recent works of ten young and emerging contemporary photographers from the CEE region and Magnum Photos Graduate Photographers’ Award 2017 in partnership with Photo London and RBB Economics. In July 2018 the photobook “Homeland. The Longest Village in the Country” was pre-launched during the opening week of Les Rencontres d’Arles in France and officially published together with a solo show at the Latvian Museum of Photography in Riga.