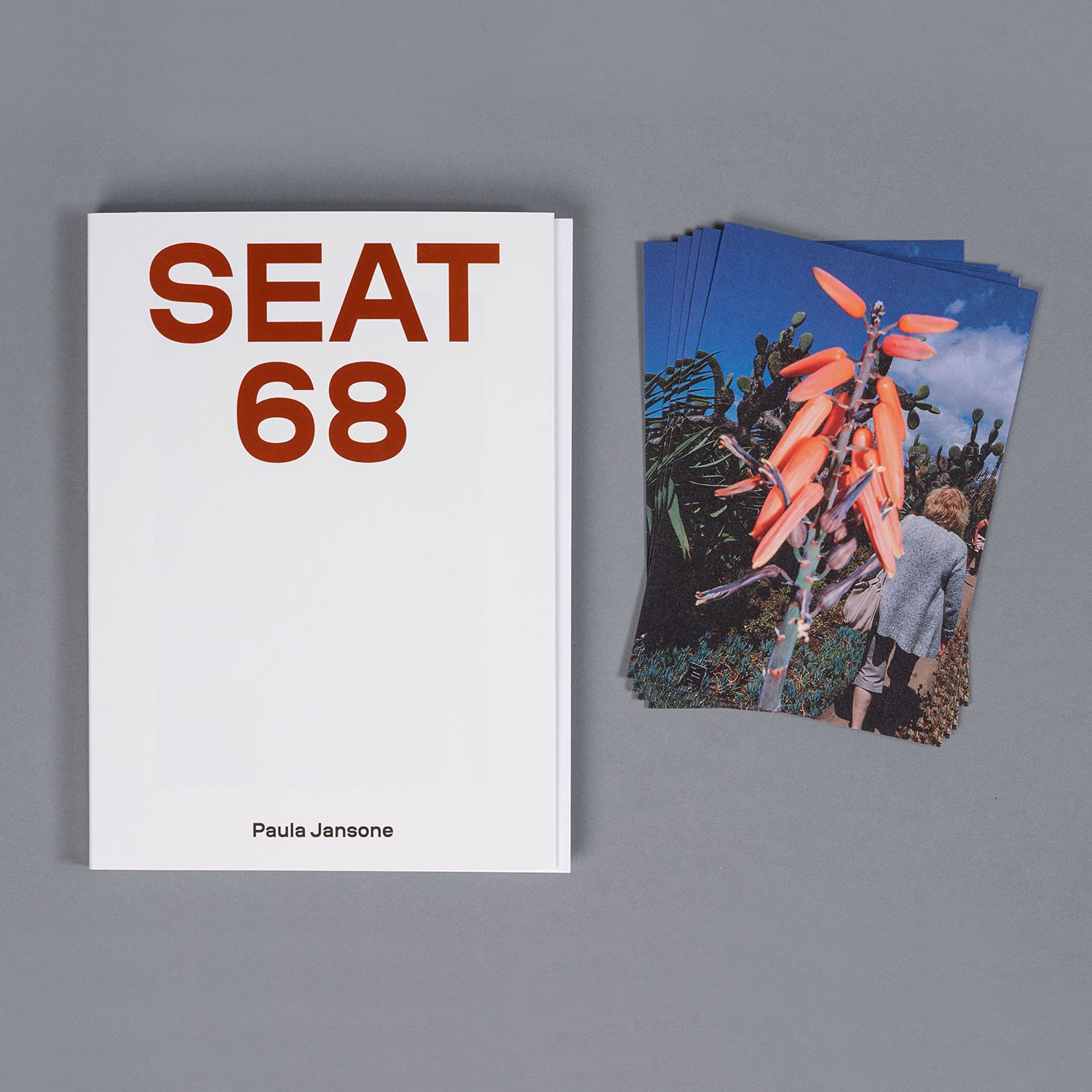 The book with additional postcards from Seat 68 are on sale. This is your chance to order your copy. Worldwide shipping. Add-ons are very limited in numbers.

Seat 68 is a personal story, picturing Jansone's holiday's with her grandmother in Madeira island. The trip was organised by a tour operator and the majority of the group members were seniors from Latvia. The adventure spirals into a miscommunication explosion culminating on the eve of grandmother's birthday, when all the generational differences come out in the open. Suddenly it is clear that they will not be able to find a mutual understanding on subjects like LGBTQ rights or climate change, and the rest of the trip is a partly comical struggle to understand why we are different from each other and how to speak to each other.

In the book, Jansone talks about the intergenerational conflict between her grandmother, who grew up in the Soviet Union, and herself - a young European who was born after the fall of the Soviet Union in independent Latvia. Two generations that grew up in opposing systems, with different social norms; often what is acceptable to one, is completely unacceptable to the other.

With social media, newspapers and leaders preaching increasingly what their own followers want to hear, it is next to impossible to get out of our own bubble. This project is an attempt to bridge the gap between generations and show the importance of truly listening to the other, as only through a dialog, we can come to an agreement.

The book is in two languages - English and Latvian. Designed by Alexey Murashko, edited by Valeriy Gorokhov and supported by the State Culture Capital Foundation of Latvia and Antalis AS.